While the country ‘boils’ with words over the suspension of Twitter by the Federal Government, the real fires are still burning all over the country.

To some of us, this Twitter ban is a distraction from the main issues haunting the country. And the issues are many.

For one, a lot of the twittering Nigerians are Diasporans who reside in different countries. All these ‘Abroad’ Nigerians still have access to the micro blogging service so they are still tweeting. So, from Nigerians in Benin Republic and Ghana, to those in South Africa, Egypt, Dubai, Canada, United States, United Kingdom, Australasia, South America to Central and East Europe, they are tweeting and not affected by the ban at home, even though we cannot see their messages, except you are one of those bold and desperate enough to go on the foreign-based Virtual Private Networks, VPN, who are even now being threatened with prosecution. 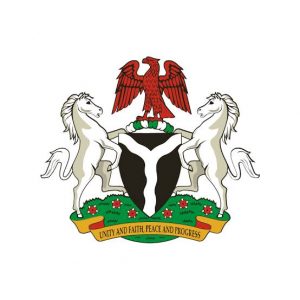 Some analysts have showed us figures of how many billions of Naira Nigeria has lost in this imbroglio. Twitter is a business and would also have lost some millions of dollars, I am sure. It is a given that the loss on the Nigerian side will be from local businesses and individuals.

Meanwhile, in the midst of the furore, we have somehow ignored or forgotten about the real issues of insecurity, secession threats, nepotism, banditry, terrorism, food shortage and hunger, road accidents, deaths, extra judicial killings, suspicions, Apapa gridlock, migration of young people to greener pastures, salary and pension arrears, Naira devaluation, militancy, oil spillage – they are many.

But these main issues are still with us; and we are letting the bickering over government and Twitter ban take centre stage.

Let me remind us of current and recent reports about the above issues:

With all these distressing reports, we have allowed ourselves to be distracted by the right or wrong of Twitter deleting President Buhari’s post and the Nigerian government’s indefinite suspension of the service. It has been a case of ‘If you delete my tweet, I will suspend you’, just like ‘If you Tarka me, I will Daboh you’. (Who is old enough for that?)

May be the Twitter ban and related issues have this weekend reduced the sting from the reality of life in Nigeria – the rough life, if you wish. We have someone else to blame for our problems.

So, tomorrow, Monday is when reality will set in and we will start asking ourselves the usual questions – Who Twitter Epp sef; OR, Who Government Epp?

Meanwhile in the midst of this fight, I am sure both sides are already looking for soft landings for themselves so as not to lose face. And you and I are squabbling and wasting our ink for them.

Raise your hand if you have received ‘epp’ from either party.

‘My Period Stories’ – New Podcast On Periods Takes Off

Tobi Amusan – The Vigil and Wait for Gold & World Record!